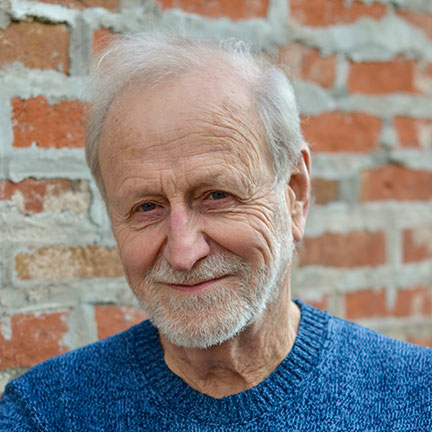 A native of North Dakota and long-time resident of Alaska, Gary Eller earned a B.S. in Pharmacy from North Dakota State University and later an M.F.A. from the Iowa Writers' Workshop. He now writes from Ames, Iowa where he resides with his two cats. He's also taught fiction and nonfiction at Iowa State University.
In addition to a short story collection Thin Ice and Other Risks (New Rivers Press) Eller has published nonfiction articles on various topics including the craft of writing. Among awards of distinction, he is recipient of a Creative Writing Fellowship from the National Endowment for the Arts.
Before becoming a writer and returning to what he regards as the redemptive qualities of the Midwest, Eller was rescued twice in reality—once by helicopter from sub-Arctic Alaska wilderness, and once from bear country on Kodiak Island—along with countless times metaphorically.