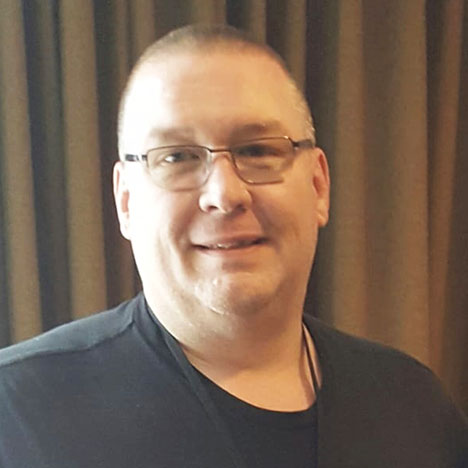 William Schlichter is an award-winning screenwriter and author who enjoys writing science fiction, fantasy, and horror and exploring the phantasmagorical world of the undead. His popular No Room in Hell zombie series (The Good, the Bad, and the Undead; 400 Miles to Graceland; Aftershocks) and SKA: Serial Killers Anonymous about a serial killer support group are fan favorites, and he enjoys spending time on the convention circuit.
His full-length feature script, Incinta, is a 2014 New Orleans Horror Film Festival finalist, a 2015 Beverly Hills Film Festival finalist, and an Official Selected finalist in the 2016 Irvine Film Festival. His TV spec script episode of The Walking Dead placed third in the 2013 Broadcast Education Association National Festival of Media Arts.
William has a Bachelor of Science in Education from Southeast Missouri State and a Masters of Arts in Theater from Missouri State University. When not writing, William enjoys traveling, and teaching acting, composition, and creative writing. He resides in Missouri where he is currently working on his next novel.

Interview with William Schlichter on The Sample Chapter

Sign up now to receive information about William Schlichter, including news and special offers.