Eye Of The Storm
Emmie Mears
Click here for more 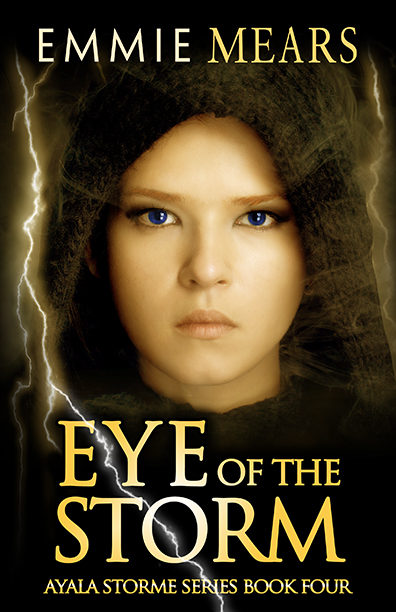 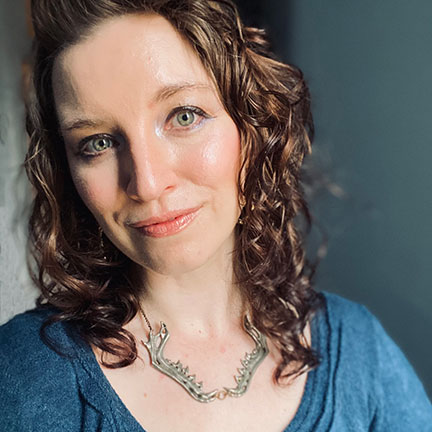 Other Titles in the Series
Meet the Author

Pricing
Trade Softcover
Ebook
$14.95
$5.99
Trade Reviews
The Ayala Storme series has become a favorite of mine, and always without fail, draws me in and doesn’t let go until the last page.
~ RabidReads.com
Mears has a way of writing that really elicits the feels! The Storme Series has...amazing emotional depth; it’s full of love and betrayal and family and sacrifice and triumph and despair.
~ OneBookTwo

GooglePlay
Ebook
Overdrive
Library Ebook Rental
Earth teeters on the edge of a razor sharp blade.
With the Summit on barely-unified tenterhooks and hellkin bubbling into Earth with no sun to stop them, Ayala Storme has her hard-won family, an uncertain new love, and a team of allies—half of whom have betrayed her in the past.
When the cities of North America begin to fall to demon hordes, Ayala has to fight her way back into Nashville in a desperate hope to save her city. With the witches trying to find the original source of the imbalance that allows hellkin a tie to Earth and the Mediators ready to draw their swords every time they see a shade, time is ticking away.
The witches are working as fast as they can, but what they find may shake the foundations of everything Ayala has ever known—and the answers needed to salvage what's left of Earth may only lie beyond Earth itself, in the sixth hell. The battles are over. It's time for the war.
More Fantasy
Description
Read an excerpt
Purchase From Other Retailers
Available Formats: Softcover | Ebook